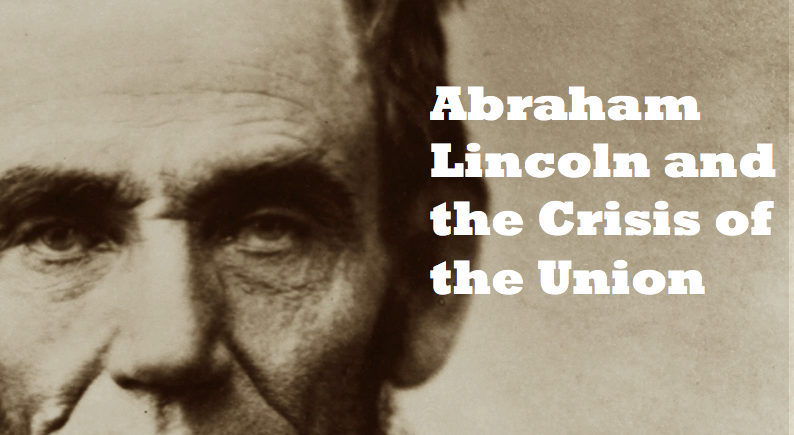 A Special Subject in the UCL History Department, taught by Adam Smith

The Civil War is the defining event in American history and a conflict of such magnitude and importance that its effects were felt around the world. In this course, we will ask how and why this war happened, how men and women – black and white, enslaved and free – experienced it, and how it came to the end it did. We will read documents ranging from the heart-felt pleas of the Mother to her son, begging him to desert from the army, to the letter of an African American man, now in the uniform of the United States army to his former ‘owner’ threatening to come and forcibly liberate his wife and child, to some of the greatest speeches in the English language – those made by Abraham Lincoln. This is a module that deals with one of the formative events of the modern world. It brought about the emancipation of over four million enslaved men and women – itself a part of a global process of the sometimes-violent transformation in the nature of labour during the nineteenth century. But this was also the age of nation-state formation, and in which, across the world, questions about revolution, popular government, and industrialisation were being fought out. The American Civil War was the crucible of all these issues. To many foreigners, no less than to a man like Lincoln himself, the fate of liberty and the future of popular government rested on the outcome of the conflict. The consistent thread in our discussions will be the figure of Lincoln: a man whose enigmatic qualities, whose own spiritual and political journey, and whose life experience as a frontier lawyer turned most unlikely of presidents, will often serve as a way into the wider issues.

I will teach this course mostly through seminars of no more than 10 students. You will also receive intensive one to one tutorial support and feedback for the dissertation you will write about some aspect of this great crisis.

For full details, see the course moodle page (you need to use a UCL login).

Related blogposts: A Battle of Wills Did Democracy Cause the American Civil War? Echoes of Gettysburg

Some of the questions we will discuss in class include:

Why did the pre-war Union prove unable to tolerate the plural visions and diverse institutions of its people? Was the descent into war more a measure of institutional weakness than of the intensity of moral conflict? Why did southern slaveholders believe they could defy the anti-slavery movements that had swept the western world in the nineteenth century and establish an independent republic? Why did ordinary men from North and South join up to fight this war, and why and with what consequences did some refuse to do so? What were the constituent elements of the competing wartime ‘nationalisms’ that evolved north and south? How and why did a war over the Union become a war about slavery and emancipation? How far was it the forerunner of modern ‘total’ warfare? What realistic chance had the Confederacy’s bid for freedom? Did the governmental, socio-economic and racial changes wrought by the war constitute a “second American revolution”? And how did the great crisis in America relate to broader nineteenth century liberal and nationalist movements? What, in the end, does it tell us about state formation, modernity and the power of religious and moral reform movements in nineteenth century society?

The set texts address these problems from the political watershed of the Kansas-Nebraska bill, introduced in January 1854, to Robert E. Lee’s surrender at Appomattox and the assassination of Lincoln, in April 1865. The sources are chosen with an eye to posing a variety of problems of interpretation. They also provide multiple angles of vision: public and private, from above and below, male and female, black and white, slave and free. They include government documents, political speeches, polemical pamphlets, newspaper commentaries, private correspondence, sermons, cartoons and lithographs, songs, and selections from a number of diaries and journals.

The sources need to be read in the context of an extensive and ever growing secondary literature. In recent years, the Civil War has become one of the most fertile areas of scholarship in American history. Historians have sought to reconnect the war with the social and cultural history of mid-nineteenth century America, opening up new areas of research – the “home front” in the Union and the Confederacy; the role of culture, gender, and religion in shaping the wartime experience; philanthropic activity and religious experience. Lincoln—long a subject of immense fascination to historians—has also been reinterpreted by scholars who have emphasised the importance of his religious values and the significance of the ethno-cultural groups who formed the base of his support. At the same time, political historians have re-examined the nature of popular political participation and the re-invention of nationalism. Meanwhile a more traditional military history has been superseded by a new approach – one concerned to explore the motivation and experience of soldiers, both white and black, and designed to achieve a better understanding of the broader political and social impact of campaigns and battlefield events.

The Southern Road to War

The Northern Road to War

Lincoln and the Sectional Crisis

The War from Sumter to Antietam

The Emergence of “Hard War”

Politics of Slavery and Union

The Civil War Beyond North America

Making Sense of Victory and Defeat

Three questions to think about

1. Why did 7, then another 4, slave states secede in 1861? What were the aims of those who wanted to create a new separate Confederacy, and why did they think secession the best course of action? Who supported and who opposed secession in the South, and why?

2. What did Northerners think about slavery in the decades running up the war? How important an issue was it? Was it (just) a moral question or did it also affect calculations about economic growth, white men’s freedom and national development?

3. And why did a great majority of Northerners respond to secession with a determination to preserve the Union by force? What did “the Union” mean to them?